Graduated in Physiotherapy from the Rovira i Virgili University (Tarragona) in 2000.
He is now Director and Senior Physiotherapist at Physiotherapy Ibiza and manages the physiotherapy services for Fraile Gym Group, the largest fitness center provider on Ibiza.
He is registered at Baleric Physioterapy Association (No. 271) and has also
completed a Postgraduate in Osteopathy at ECO Barcelona (2004) and Master in
Sports and Health at UCA University (2011).
He annually attends courses and international conferences to update his
knowledge and offer the latest techniques available. 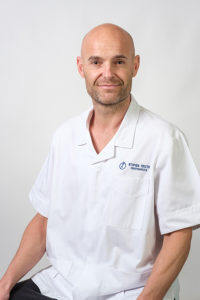 My physiotherapy formation years occurred in London, where I graduated with First Class BSc (Hons) from University of East London  in 2012 and afterwards completed several postgraduate courses such as Osteopathic Techniques for Physiotherapists, Acupuncture, Dry Needling, to name a few.

I have worked within the musculoskeletal departments of the British National Health Service (NHS) and private physiotherapy sectors alongside some of the best physiotherapists in London.
My special interest lies with sport injuries, such as running, martial arts and swimming. Having a systematic approach to assessing patients movement patterns, joint, nerve and soft-tissue conditions allows me to diagnose and implement bespoke treatment plans with a wide variety of treatments.
I am registered with the Chartered society of Physiotherapists in England and the Baleric Physioterapy College in Spain. 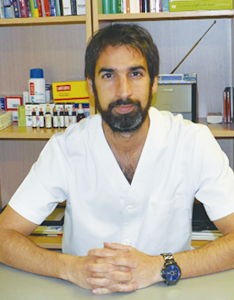 He graduated in Physiotherapy from the Rovira i Virgili University (Tarragona)in 2000   and is a member of the colegio oficial de fisioterapeutas de Cataluña (member 3256).
He began his career in 2001 in Tarragona working for “Matt” (Private accident insurance company) until 2011. In 2006 he starts his own private physiotherapy/osteopathy company after completing 6 years of training and obtain the title ‘DO’ with his thesis on “osteopathic treatment for posturalchanges and its relationship with dysfunctions in the oculomotor muscles.”
Between 2009-2011 he completes a Masters in Podoposturología (postural-podiatry) at the Autonomous University of Barcelona, while also completing a parallel degree in posturology and manual techniques (Phillipe Villeneuve).
He practices mainly in Tarragona on his own clinic and collaborates monthly with other consultations in Barcelona, Castellón and Ibiza.

Where to find us